She Preached 21 Times Per Week

My Desire as an evangelist,” she said, “I would wish that I would have a public address system mighty enough to reach every person in the world.”

She is best known for her kidnapping in 1926.  Shrouded in controversy, this event should not sum up her legacy.
Sister Aimee was one of the most progressive, hardest working, and fruit bearing workers of the Gospel that the 20th century had ever produced.
In 1944 Sixty thousand people came to pay their respects over the course of three days as Aimee’s body lay in state at Angelus Temple. 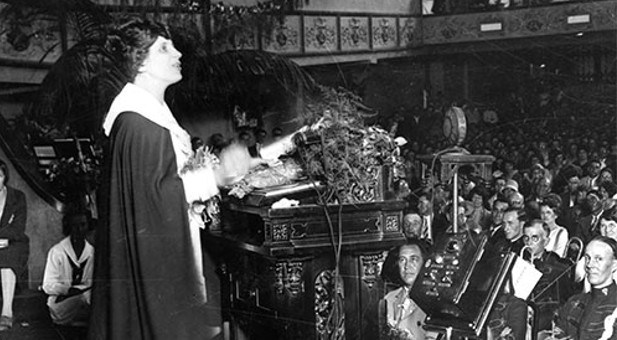 When criticized by fellow ministers about her illustrated sermons

“Show me a better way to persuade willing people to come to church and I’ll be happy to try your method. But please . . . don’t ask me to preach to empty seats. Let’s not waste our time quarreling over methods. … Remember the recipe in the old adage for rabbit stew? It began, “first catch your rabbit.” 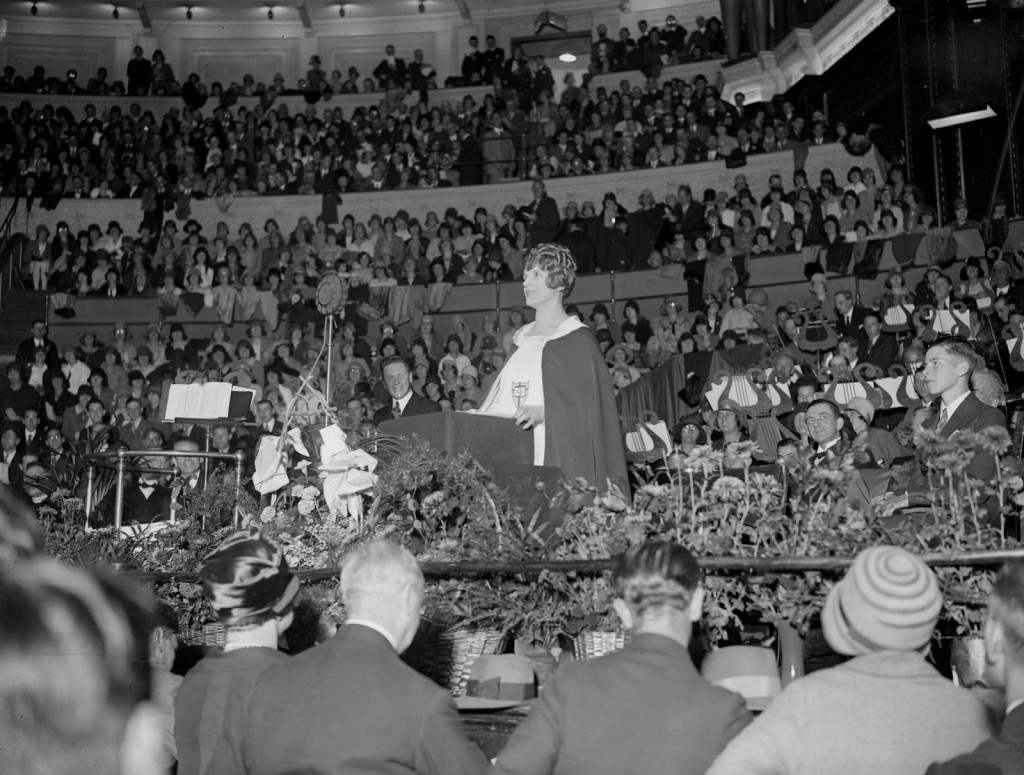